Back in 2005, I bought my first flatscreen TV. It was a 32″ Samsung which I am pleased to report is still in operation today. It seemed quite cutting edge at the time because it had an HDMI port. To be honest, I didn’t even know what HDMI was, I just knew that it was better than RCA.

Fifteen years later and that screen is now in my bedroom. Over those years, my media consumption habits have certainly changed: back in 2005 there was no Netflix, Facebook or even iPhones. And if you asked me today, I would tell you that I don’t really watch TV. My kids don’t, they don’t even care about which device they consume media on. They just call it screen time.

The old Samsung didn’t get a lot of action, until just recently. As part of the NBN package that I signed up for, I received a smart-TV box with all the apps that are built in to new TVs. Now, thanks to this media box, my antiquated 32″ Samsung screen has got a new lease of life, and even makes cool sounds when I press the remote.

One of my customers once told his internal communications team that ‘there is no such thing as dumb screens, there are only dumb people’. Through that future-proofing HDMI port, my once dumb screen has become smart.

Does your organisation have screens that don’t do much? You know the ones; they get plenty of attention on Melbourne Cup Day and might show news and weather from time to time but are usually turned off. Screens that, like my 32″ Samsung screen (until recently), don’t add any value.

Thanks to that future-proofing HDMI port on the back of the screens they can be revived into 21st-century digital signage screens. You can display anything from important corporate communications messages to mind-blowing real-time marketing media.

Connect a Chromebox media player to your screen and using a cloud-based content management system like Laqorr, you can turn your old screen into part of a digital signage network managed from a laptop or mobile device.

Using your iPhone, you could update a lunchroom screen in real-time from Bondi Beach and let the team know that the staff BBQ is being served down at the beach.

One of our customers does a similar thing on rainy days. They have a store outside a railway station and whenever it rains, they push a “$5 Umbrellas!” slide onto their screen and alert commuters. That HDMI port is now helping to boost sales.

Thanks to the smarts of a Chromebox and a simple, yet sophisticated CMS like Laqorr, there is no limit to the ways that an existing ‘dumb’ screen could add value:

It’s not expensive and it’s not difficult to create a digital signage network using screens that are just taking up space. Now is the time to knock some dust off those legacy screens from an unsuccessful attempt at DIY signage.

Let’s talk about how easy (and how rewarding) it is to rehabilitate screens and put them back to work. Just like I did my old 32″ Samsung flatscreen.

Five Things To Know About A Good CMS

Hats Off To Our Customer Support Team 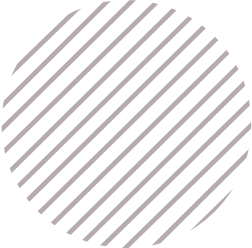